The history, legacy, and possibilities as experienced by Native Americans

The Doctrine of Discovery, Manifest Destiny, environmental regulatory laws, Earth Day, wilderness designations, and corporate capitalism’s treatment of nature not only directly or indirectly authorize the destruction of the natural world they all perpetuate a colonial settler mentality that has and continues to impact the first peoples of this country the hardest. White communities have failed to understand the history and realities of environmental (in)justice towards tribes and the land white communities illegitimately occupy.

The ORCRN and CELDF were honored to be able to provide the space on Wednesday, April 14th to learn from tribal members about the history and realities of environmental justice, traditional ecological knowledge, and the emergence of rights of nature laws as experienced, understood, and advocated by Native American tribes.

If American Indians are to experience real environmental justice – which means not only ending the poisoning of their environments but also regaining access to and protection of their sacred sites and ancient territories – it means confronting a “state built on the pillars of capitalism, colonialism, and white supremacy.”  Dina Gilio-Whitaker from “As Long As Grass Grows” 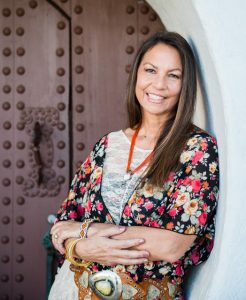 Dina is a renowned scholar, educator, journalist, and author in American Indian studies. She co-authored along with Roxanne Dunbar-Ortiz the popular book “All the Real Indians Died Off” and 20 Other Myths About Native Americans (Beacon Press, 2016). In her most recent book As Long As Grass Grows: The Indigenous Fight for Environmental Justice from Colonization to Standing Rock (Beacon Press, 2019), Dina applies her expertise in environmental justice to create a foundation for thinking through what environmental justice policy means in Indian country. Dina is a lecturer of American Indian studies at California State University San MarcosDina. Dina is regularly invited to speak on topics related to American Indians (including environmental justice) at universities, conferences, and gatherings of all sorts all over the country. 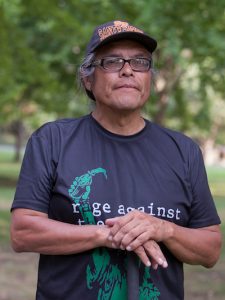 Elliott is a current board member of Nimiipuu Protecting the Environment. Elliott is the former Nez Perce Tribal Executive Committee member/officer, and served as natural resources subcommittee chairman, executive board of directors, chairman Nez Perce Tribe Forest Products Enterprises, inter-Tribal Timber Consortium, Columbia River Inter-Tribal Fish Commissioner (CRITFC). Elliott has worked with the Bureau of Indian Affairs serving in federal trust positions, as NEPA and an environmental coordinator. His education includes a political science degree from the University of Washington and certification as a federal program technician paralegal from the American Indian Law Center. 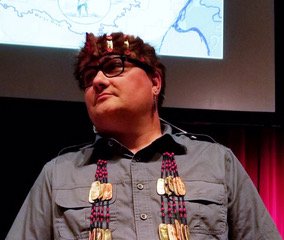 Joseph is a traditional dancer, singer and artisan, and is recognized as a Language and Culture Bearer by the Siletz Tribe. He is the son of Lorna Avery Scott and Robert A. Scott. His ancestors include the Takelma People of the Upper Rogue River Valley. He has always made his home in what has come to be known as Western Oregon, learning and teaching traditional values of place, self, and spirit. Joseph has a Masters of Science in Education; Curriculum and Instruction from Portland State University, and after nearly twenty years of teaching Tribal history, language, culture, and values on the Siletz reservation, he has continued on to share his education and experience in Tribal education with indigenous communities locally, across the country, and abroad.