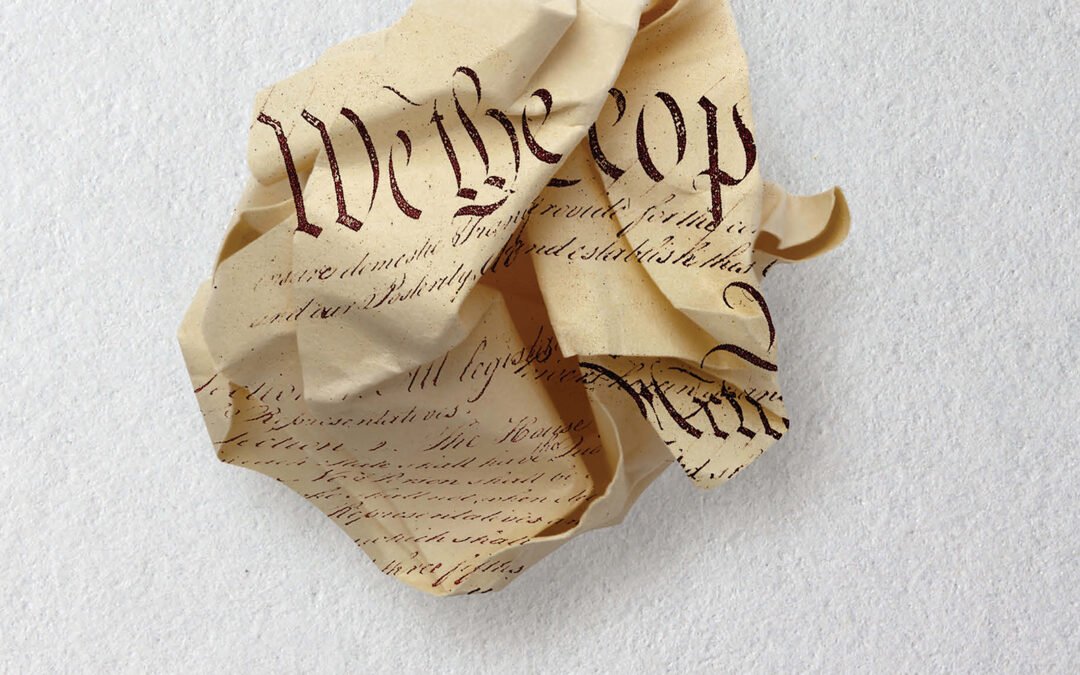 Big corporations have three major things going for them: wealth, politics, and the US Constitution.

It’s the third element in their trifecta of power that is the least understood but perhaps the most significant where it comes to local democracy, public well being, and the fate of the environment itself. From shortly after the adoption of the US Constitution through today, corporations have managed to secure protections under the US Constitution that leave them largely untouchable (legally speaking) despite real world impacts on people, communities, and the natural world coming from corporate agendas.

Join the Oregon Community Rights Network and CELDF for an engaging evening of presentations and discussion on the important topic of corporations and their constitutional rights. Learn how corporations were able to secure and expand constitutional protections, what it has meant for communities, states, and the country, and how people are standing up to the overreach of corporate power.

RSVP for the Zoom link by emailing [email protected]

Adam Winkler –  Is a law professor at UCLA and specialist in American constitutional law, the Supreme Court, and gun policy. His book We the Corporations: How American Businesses Won Their Civil Rights (2018), was a finalist for the National Book Award, the National Book Critics Circle Award, and received the Scribes Award. His scholarship has been cited in landmark Supreme Court cases on the First and Second Amendments, and he is one of the twenty most cited law professors in judicial opinions today. His popular writing has appeared in the New York Times, New York Review of Books, Wall Street Journal, Washington Post, Los Angeles Times, New Republic, Atlantic, Slate, Scotusblog, and Daily Beast. He is a frequent commentator about legal issues and has appeared on Face the Nation, CNN, NBC Nightly News, C-SPAN, Newshour, ABC News, All Things Considered, Morning Edition, and Marketplace.

Karen Hoffmann – Is an attorney at Syrena Law in Philadelphia. Since 2017, she has worked with CELDF to represent communities across Pennsylvania fighting to protect their environment by advancing rights of nature including Grant Township as featured in Rolling Stone and the full-length documentary Invisible Hand. She also practices immigration law, and received the 2019 Pro Bono Award from the U.S. District Court for N.D. Illinois for litigation to reunite separated families. She believes the wrong ICE is melting.